ABSTRACT- Placenta is the mirror of fetomaternal status. The effect of anemia in pregnancy can be diverse and detrimental to the mother and the fetus. This prompted us to carry out the present study, which aimed to observe and compare the morphological features of placenta at term in anemic and non-anemic mothers of North Bengal and to find out the clinical relevance of such structural changes.
Total 30 placentas were collected from each group of selected patients after delivery at labor room. Examination of placenta was conducted according to proforma. A general survey of umbilical cord, membranes, fetal surface, and maternal surface was carried out. The diameters were measured, area was estimated, and shape was noted. Placenta and fetus was weighed in the same scale. The volume was estimated by water displacement method.
In anemic mothers, mean baby birth weight was found to be significantly less than that of control group. The mean placental weight in test group was significantly increased in comparison to controls. The mean placental volume and mean placental area in case of test group were significantly increased. Occurrence of morphological features, like subchorionic fibrosis; retroplacental clot, gross calcification, or placental infarction etc were found to be significantly higher in anemic mothers in comparison to non-anemic group.
In the present study, it was proved that placenta has considerable functional reserve capacity. It tends to limit the ill-effects of tissue injury and of unfavorable maternal milieu like anemia. Our findings were in accordance with the previous studies in this field. 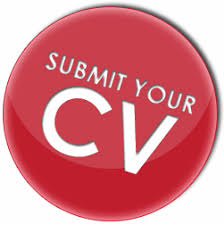